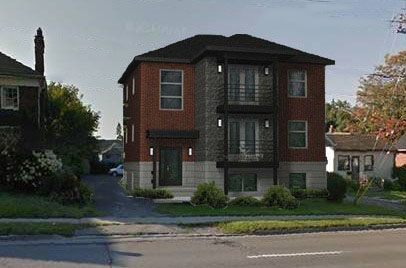 The City of Oshawa is the largest urban municipality in Durham Region with a population of approximately 146,000 residents. Oshawa also boasts the top economy in Durham Region. Its largest employer is General Motors of Canada, which has its Canadian headquarters in this city.

The City of Oshawa is known for its civic pride which is reflected in a series of downtown wall murals that depict Oshawa’s illustrious history. In 1999, Oshawa was awarded top prize in the national Communities in Bloom Festival, for the beautification of its revitalized downtown core.

Oshawa’s other primary attributes include a premiere hospital in Lakeridge Health Oshawa, excellent schools, convenient transportation corridors, and an abundance of parkland and recreation facilities.

In the early 1800s, the Oshawa Harbour, situated at the mouth of the Oshawa Creek, was an important First Nations trading route. By 1842, European settlers had formed a community here, and a post office was established. The post office was given the First Nations name “Oshawa”, which translated means, “that point at the crossing of the stream where the canoe was exchanged for the trail”. Oshawa was incorporated as a Village in 1850, then a Town in 1854, and finally a City in 1994.

Over the years, Oshawa has been the home of some of Canada’s most celebrated national icons: For starters, the McLaughlin Motor Car Company, the forerunner to General Motors of Canada began in Oshawa. This company was founded by Robert Samuel McLaughlin who built a magnificent home called Parkwood Estate, which is located in downtown Oshawa, at 2750 Simcoe Street North. Parkwood Estate is now a public museum. This 55 room mansion was featured on A & E’s “American Castles”, and is designated as a national historic site.

Another Oshawa landmark is the 1500 acre Windfields Farm, which was founded by the legendary Canadian industrialist, developer, and philanthropist E. P. Taylor. Windfields Farm is located in Oshawa’s predominantly rural north end. Windfields Farm was the home of Kentucky Derby winner Northern Dancer. This farm has bred more thoroughbred stakes winners than any other equine operation in the world!

Oshawa is very proud of its illustrious Ontario Major Junior Hockey League franchise, the Oshawa Generals. The Oshawa Generals were founded in 1937, and have won four Memorial Cup championships. Their alumni includes the likes of hockey legends, Bobby Orr, and Eric Lindros.

Downtown Oshawa’s gentrified shopping district situated at King and Simcoe Streets, features a series of colourful wall murals, pretty floral planters and cast-iron street lamps. This shopping area hosts a Farmers Market at the Queen’s Market Square, located at the corner of Richmond and William Streets. Vendors at the market sell farm fresh produce, crafts, and antiques. This market is open every Saturday from spring until fall.

Oshawa Centre, located at 419 King Street West, is one of the largest shopping centres in the Greater Toronto Area. This shopping centre has recently undergone a major renovation. It features over 200 shops and services and is anchored by: The Bay, Sears, and Zellers. In the north part of Oshawa you will find numerous suburban style shopping plazas that feature a myriad of franchise stores and restaurants. 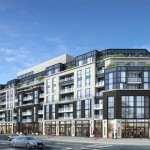